We have the local expertise and global standards to offer our clients services and solutions that improve workplace productivity and supports their success.

Tsebo has extensive experience in supporting our clients across a diverse range of industry sectors across Africa Middle East.

Corporate Social Responsibility is fundamental to everything we do. It is ingrained in our company purpose and intertwined with our values.

Thank you for half a century of uplifting society, as well as serving and developing people.

Imagine what we can achieve together in the next 50 years.
Back
Next 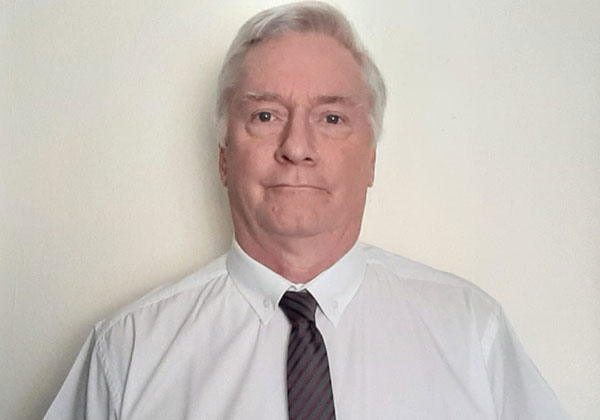 Tsebo Learning & Development Academy is about Growing Together – P Dalzell

One of our longest-standing employees, Peter Dalzell, first joined Tsebo in April 1982. Thirty-nine years later, he is still as excited about going into work each day in his role as Group Learning and Development Manager. It’s a position that has allowed him to give back to the company that he says has given so much to him.

The start of a fulfilling journey

Peter joined Tsebo as a bookkeeper, but he soon moved to other positions in the company. In 1987, while working as a catering manager for Festive Farms, the client had mentioned to him that some of the staff weren’t able to communicate effectively with customers. Peter’s solution? Getting straight to work by hosting informal training sessions in the dining room. The managing director at the time, David Wigley, had seen the session, and two weeks later, he offered Peter his first role in the training centre, starting him on his official learning and development journey.

Since then, Peter’s passion for learning and training has meant he’s found himself in foundational roles, like being the first chef trainer at OR Tambo Airport (then called Jan Smuts Airport), developing a curriculum and courses from scratch.

When asked what his secret to success is, Peter says, “I’ve always had a lot of confidence, and it helps you get those new skills and pass them on to other people. I’ve been enabled to learn so many new skills throughout my time at Tsebo.”

In 39 years, Peter has made a difference in many different teams and departments at Tsebo, and he treated each unit he moved to as an opportunity to learn and build on his repertoire. Nothing was or is too big a challenge. He says that part of the reason he’s stayed with Tsebo for so long is that “there’s always something new to learn or a new challenge to overcome”.

In his current role, Peter is charged with making sure that Tsebo is an organisation that uplifts people through learning. He oversees our training managers and programmes, ensuring that our courses meet the highest standards and their goal of developing employees.

Tsebo has a long history of learning and development, going back to when our company first started. Under Peter’s guidance, the Learning and Development Academy has grown into a world-class institution that serves each of our divisions and helps us ensure that each job has a clear learning path to help people grow and move into more senior positions.

On average, the Tsebo Learning and Development Academy trains approximately 40 000 people annually across the continent, comprised of both our own people and our local partners. Our skills development initiatives include a range of formal accredited training programmes aligned with the National Qualifications Framework (NQF) and registered with the South African Qualifications Authority (SAQA). In total, Tsebo has around 70 different training modules available, plus a further 197 modules on our cloud-based e-learning platform ranging from compliance refresher modules to a full Management Development Online course.

According to Peter, one of the biggest benefits of his job is seeing people receive promotions and knowing he had a part in helping them get there. He also thinks that part of Tsebo’s success is our willingness to recognise employees for their hard work. Some of his proudest moments include receiving two Senior Manager of the Year awards.

Although a lot has changed since he started working at Tsebo, Peter feels that something that’s remained the same is our desire to see people grow. From the early days when we were just a catering company until now with multiple divisions, we still develop people.

An example of this that stands out in Peter’s mind happened around the time of our 40th anniversary. Nonhlanhla Matshediso joined a learnership programme for a group of young people with disabilities. She excelled in the programme and Peter offered her a position as a receptionist. She attended additional training, and has since become one of the academy’s top facilitators.

Peter’s message to current and future employees is to let the company guide your growth. “Get into this company, and then put your hand up if you want help. Get yourself noticed, and don’t be frightened to take a chance.” Tsebo’s success leverages on the fact that the company has never been afraid to take a chance on something new, and that’s why Peter believes Tsebo is on a path to grow even more over the next 50 years. We use cookies to provide necessary site functionality and improve your online experience. The information collected does not usually directly identify you and declining cookies will not deny you access to any of the information on our sites. For more information, please refer to the ‘Use and Management of Cookies’ section in our Privacy Statement

This website uses cookies to improve your experience while you navigate through the website. Out of these, the cookies that are categorized as necessary are stored on your browser as they are essential for the working of basic functionalities of the website. We also use third-party cookies that help us analyze and understand how you use this website. These cookies will be stored in your browser only with your consent. You also have the option to opt-out of these cookies. But opting out of some of these cookies may affect your browsing experience.
Necessary Always Enabled
Necessary cookies are absolutely essential for the website to function properly. These cookies ensure basic functionalities and security features of the website, anonymously.
Functional
Functional cookies help to perform certain functionalities like sharing the content of the website on social media platforms, collect feedbacks, and other third-party features.
Performance
Performance cookies are used to understand and analyze the key performance indexes of the website which helps in delivering a better user experience for the visitors.
Analytics
Analytical cookies are used to understand how visitors interact with the website. These cookies help provide information on metrics the number of visitors, bounce rate, traffic source, etc.
Advertisement
Advertisement cookies are used to provide visitors with relevant ads and marketing campaigns. These cookies track visitors across websites and collect information to provide customized ads.
Others
Other uncategorized cookies are those that are being analyzed and have not been classified into a category as yet.
SAVE & ACCEPT